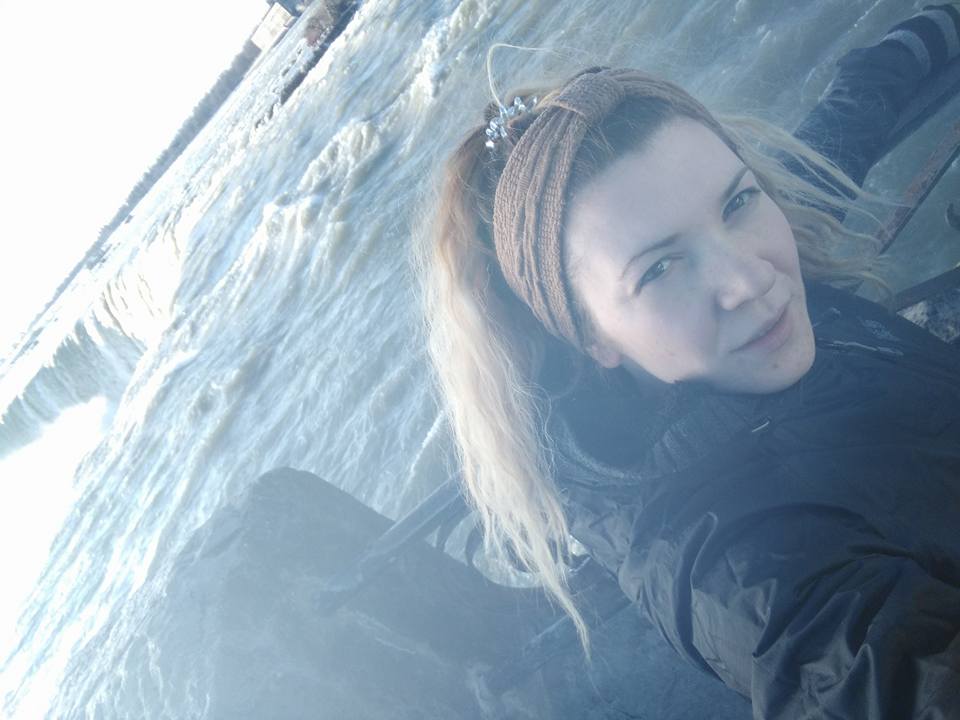 Bethan has been a member at Peace Lutheran Church since she was 7 years old. She is a member of the Peace Choir and Music Team. Bethan has also been the Chair of the Congregational Council since 2017. She loves the warm, loving, and accepting family atmosphere at Peace. Bethan is an avid Dungeon and Dragons player, along with story-writer, nature-lover, and animal-enthusiast! She also loves meeting new people and making friends, feel free to ask her about it! 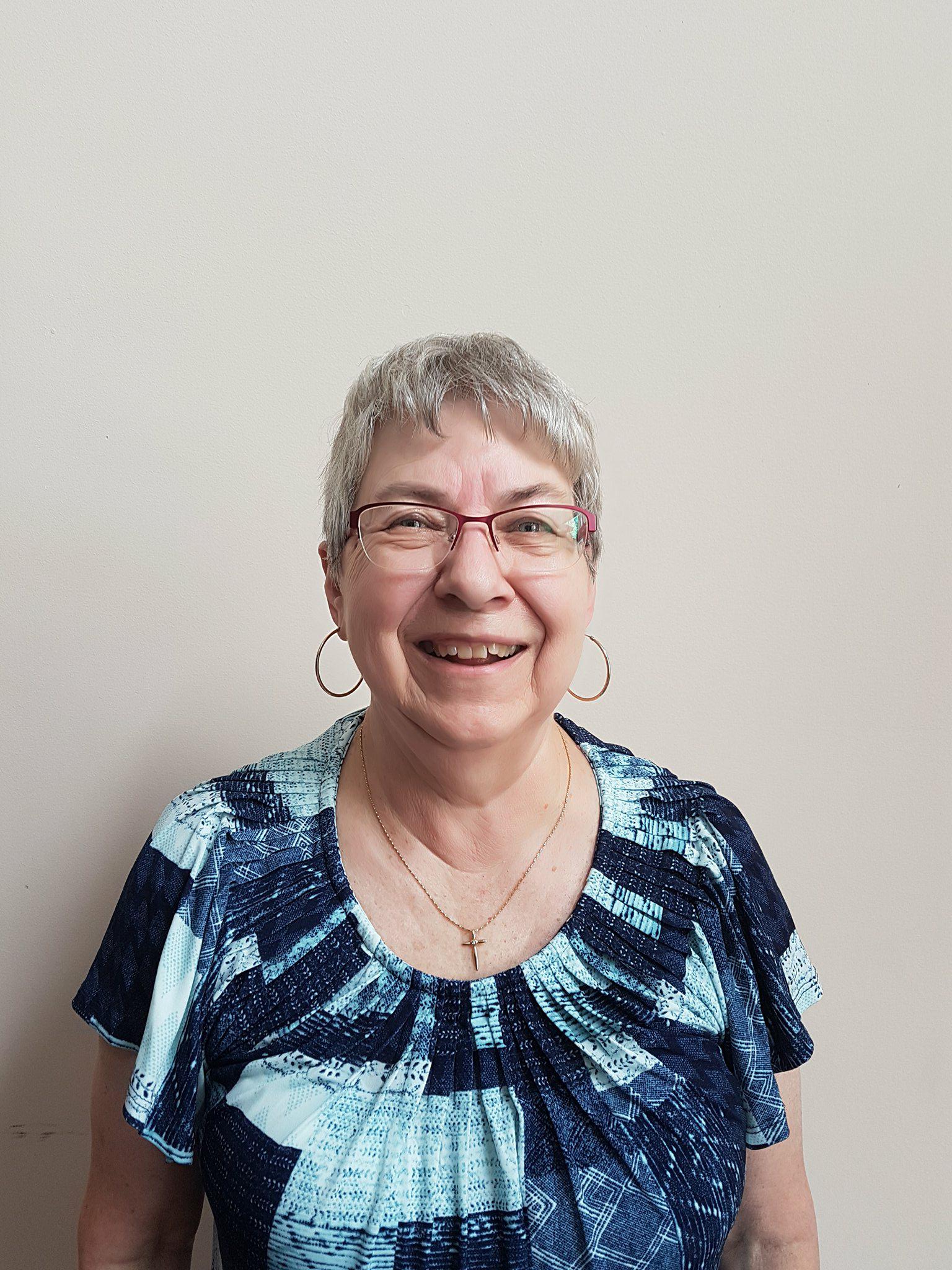 I have been a member of Peace Lutheran Church for 44 years. Peace is like a second home to me. I have always been very actively involved in my church – here are just a few of the ways in which I have shared by talents:  My professional career was as a secretary and I used that experience as the Secretary of Church Council for many, many years (even years when I was not a member of council); I served four years as Church Council chair; I served on the Worship & Arts Committee, Stewardship Committee, Budget and Finance committees and served on the Altar Guild. I was also President of the Peace Lutheran Women’s Group.  I take my turn as Assistant Minister every four to five weeks. My husband, Allen and I have made and taken care of all the banners that hang in the sanctuary.

Peace is family! I have made so many good friends and have had great support over the years from everyone and especially all of the Pastors who have served at this church: Pastor Zimmerman, Nevile, Wagschals, Van House, Fischer (interim), Nussey (interim) and now Pastors Hilla and Ronnie.

I have been here at PLC pretty much my whole life. I am involved in many things; such as siting on council for the first time, being part of the music team and building a new website for the church. I love the family and atmosphere that we have here at PLC. I have made many friends being here and love my faith family! 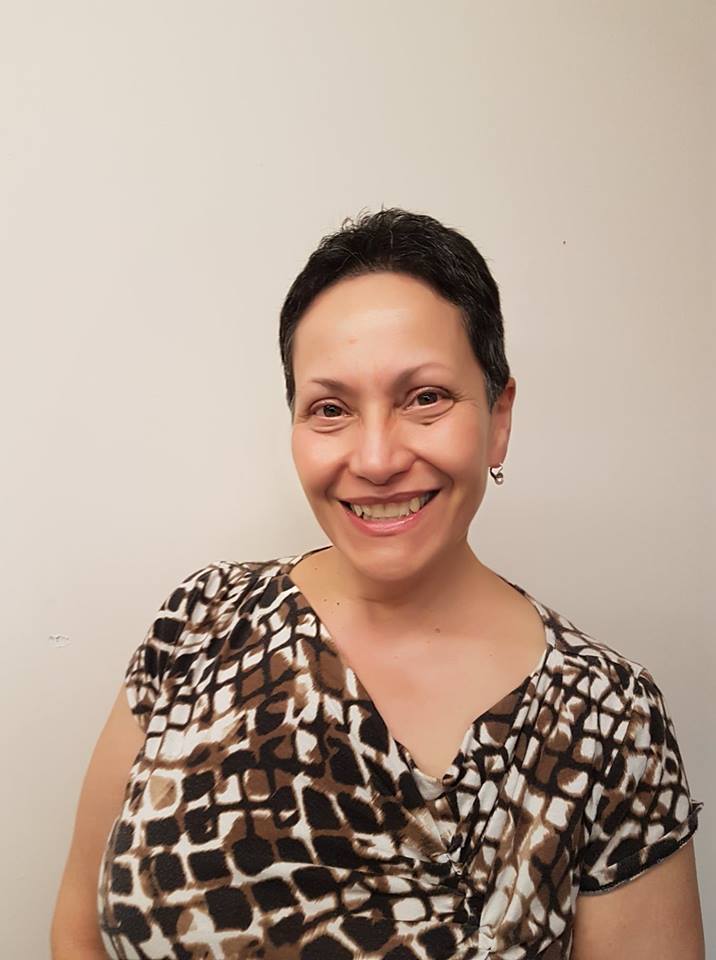 They say you can pick your friends but not your family.  Well, about 35 years ago, I walked through the doors at Peace and found love, humour and  acceptance.  I didn’t feel the need to “change” myself.  Over the years, I’ve been involved in many committees.  My most treasured memory is being asked, by the Youth, to go to a couple of Youth Gatherings- after not teaching Sunday School for years.  That was an honour and a privilege.  (We had a blast- though I think I had some of the parents worried…LOL)  I continue to come to Peace and now try to welcome with love, acceptance and humour my new family members as they come through the doors.  Thanks for listening… 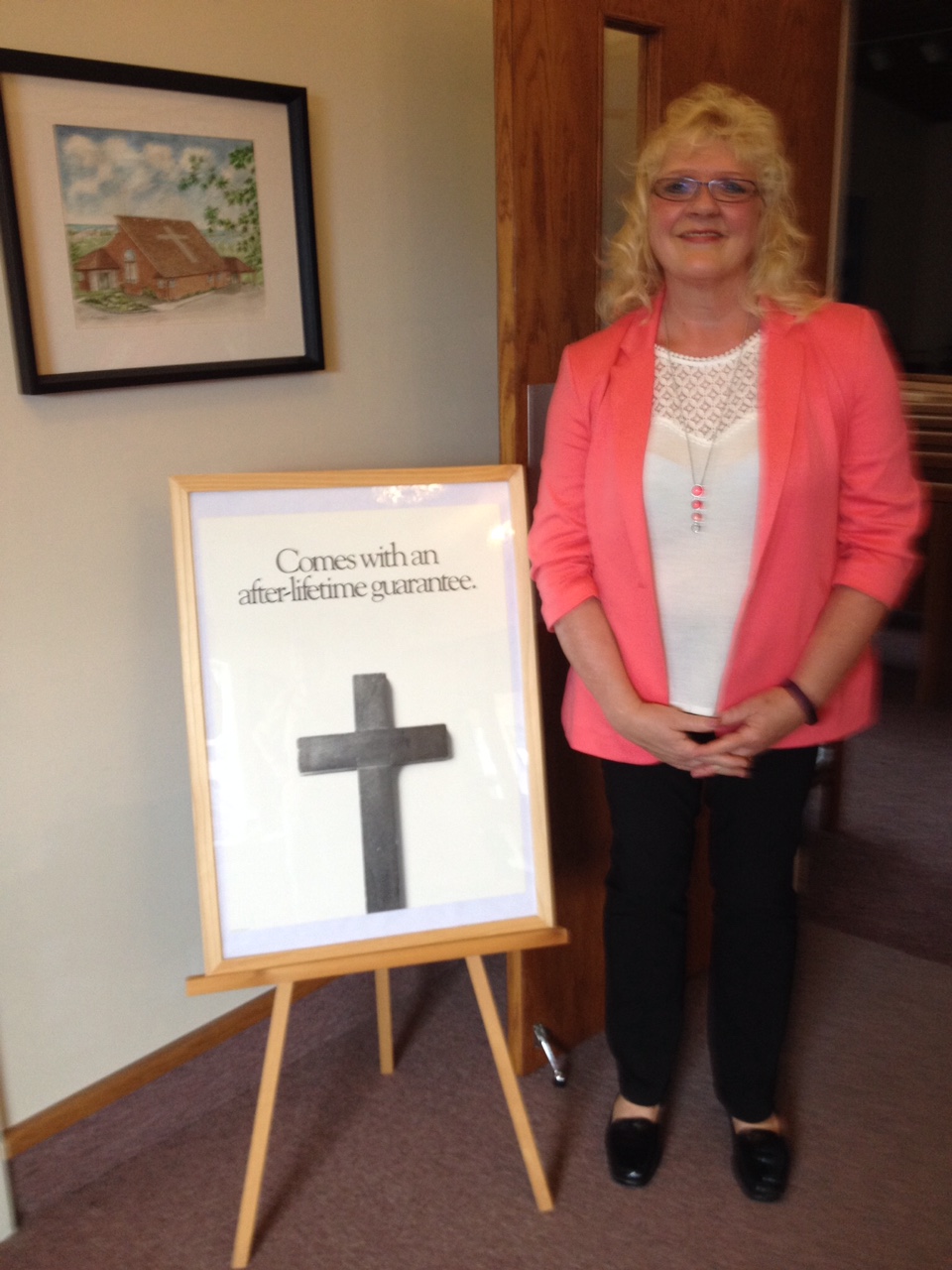 My name is Karen Lasinskas. My parents were founding members of PLC and attended here for over 50 years. My parents were role models in their faith journey and I attended Sunday School and was confirmed at Peace. As I got older I moved away for some time. My dear parents both passed in 2014 at which time I rejoined this incredibly warm and welcoming church family. I currently sit on Church Council, the Stewardship committee and regularly attend PLCW. Stewardship: Stewardship is extremely personal for me and it has many meanings. Primarily it is a testament of faith of which time, talents etc. will naturally flow. Secondly, stewardship takes courage to go out of your comfort zone to learn, grow and inspire. Last but not least, it takes innovation to expand previous paradigms so we can grow in leaps and bounds as a loving church family. 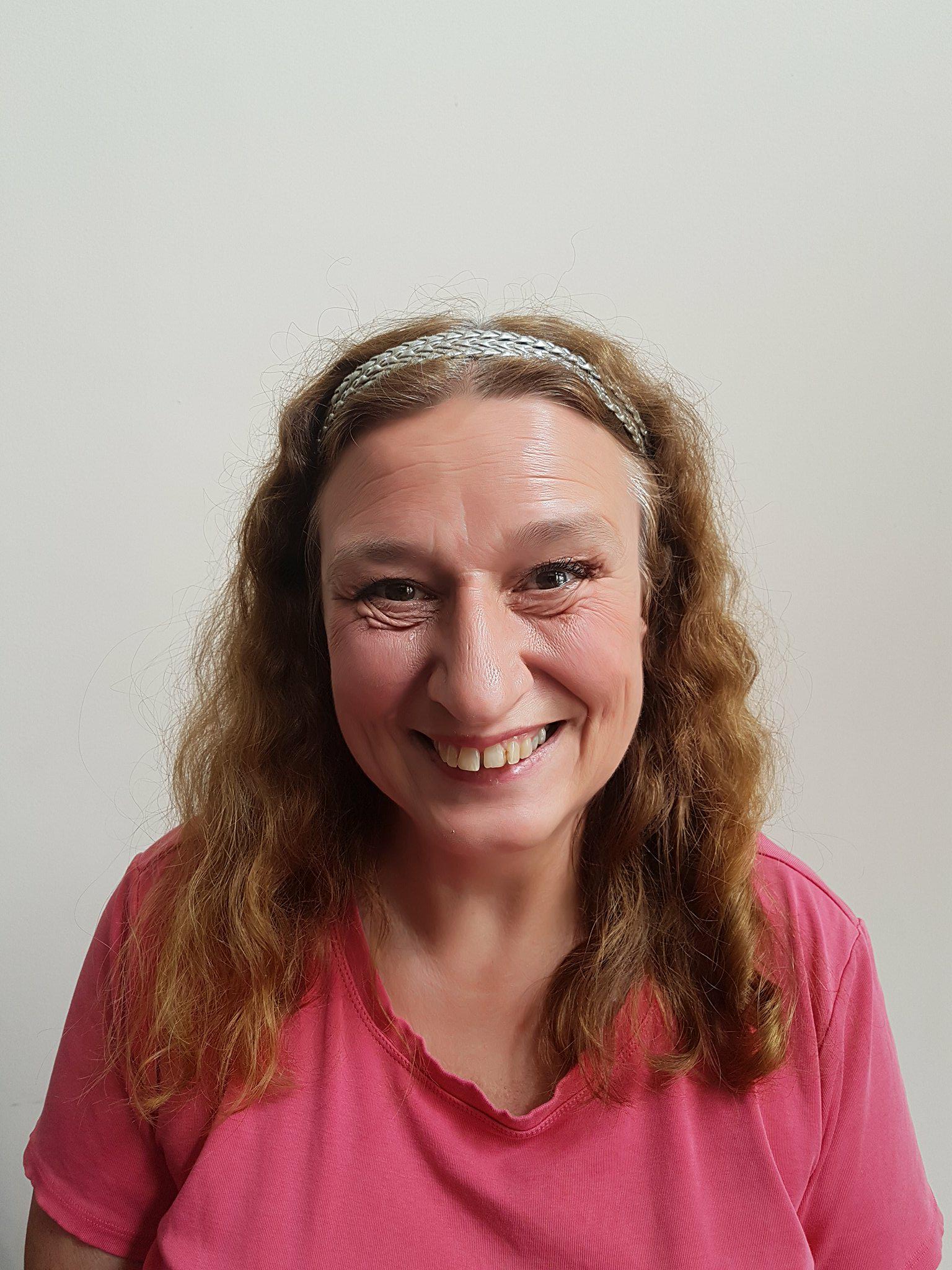 I started coming to Peace Lutheran Church in 2001, where I was warmly welcomed by many members and the Pastors.  For the past 17 years, I have grown in my faith with Peace member’s loving support, encouragement and spiritual guidance and I value the lasting friendships of my church family.  I joined our PLW ladies group in 2002 and in 2009 I was elected PLW President, which I still am. Since 2006, during Worship services, I have done the Scriptural Readings and have been an Usher on a rotational basis with other members.  In 2010, I joined the Worship & Arts Committee and I am the Secretary. Also since 2010, I rotate being an Assistant Minister and being part of the Altar Guild. In 2012, I joined the Olive Branch Committee, have taken Notes, presented and implemented fundraising ideas for our sponsored girls, Mlombwa and Laudia, and since 2017 I have led the Committee.  I was elected to be a Council member in March, 2016 for a 3 year term. I have used my creative talents by decorating the sactuary for Thanksgiving since 2013, made a tomb display out of paper mache for several Easters, volunteered at some of the Community Lunches, wrote two Prayer Walks and several Advent Programs for PLW, participated in and wrote several skits and speeches for various functions. 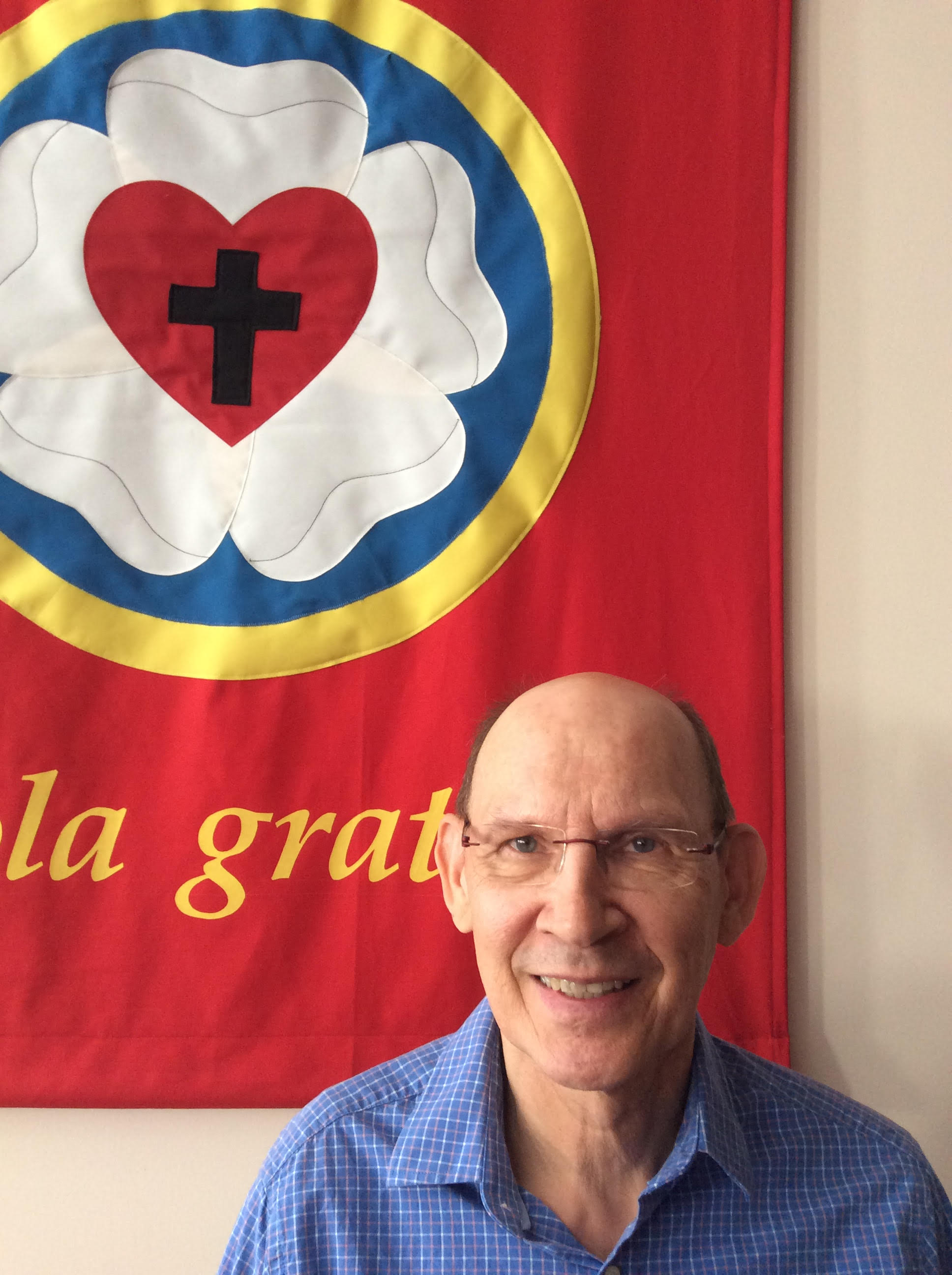 I was born into a loving Lutheran family living on a farm in Finland. We immigrated to Canada at the age 6 and shortly after began attending Agricola Finnish Lutheran Church (Toronto). I attended bible camps, took part in youth group activities, was confirmed then married there. For more than 25 years with my spouse, Fiona, we served Agricola in many roles such as teaching Sunday school, ushering, altar guild, convening annual bible camp, bible camp property management and served on their Council for two terms. When Fiona retired we downsized to a condominium in east Toronto. We decided to seek out a welcoming community church nearer to our new home and walked through the doors of Peace Lutheran Church (PLC). There was no doubt we had found our new church home. The members of PLC immediately embraced us and we have now been congregation members for 3 and a half years. I joined the PLC Council in late 2016 and am currently serving as liaison to Council for Property issues. My goal is to use my gifts to help people find or enrich their relationship with God. My favourite Bible Verse: Ecclesiastes 3:1-8  “To everything there is a season …..” What makes our Peace congregation special?  Its welcoming environment that forms the basis of our ministry and the commitment of our lay members to assist in weekly worship, to further our ministry in the community and to support ministry abroad with the Olive Branch in Tanzania. 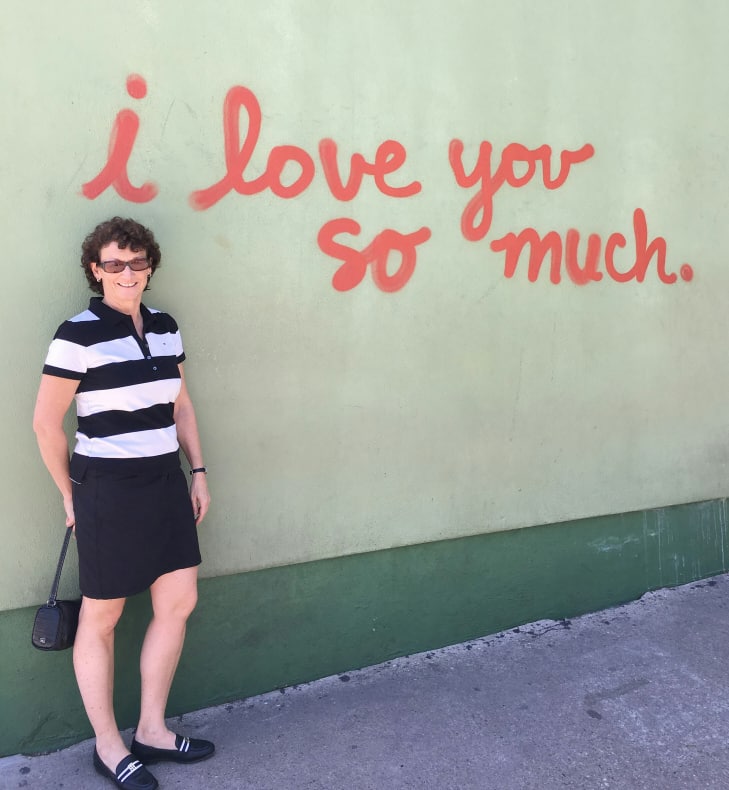 My church and faith have been an integral part of my life since I was a child.  Growing up in a strong Lutheran family has shaped who and what I am. When my husband and I moved to Pickering, I was looking for a new faith family.  My husband saw the sign post near the Pickering Town Centre that said “Peace Lutheran Church” and, twenty years later, I remain a proud and devout member of Peace.  I believe that it is imperative that each and every one of us give back to the Lord with our Time and Talents as we are able. I’m honoured to be a member of Church Council and look forward to growing in faith as I serve God.